The Rights Of The Child 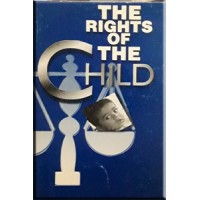 The Rights Of The Child

Ebadi was awarded the Nobel Peace Prize for her significant and pioneering efforts for democracy and human rights, especially women's, children's, and refugee rights.Ebadi has also defended various child abuse cases, including the case of Arian Golshani,[9] a child who was abused for years and then beaten to death by her father and stepbrother. This case gained international attention and caused controversy in Iran.

Ebadi used this case to highlight Iran's problematic child custody laws, whereby custody of children in divorce is usually given to the father, even in the case of Arian, where her mother had told the court that the father was abusive and had begged for custody of her daughter.

Ebadi also handled the case of Leila, a teenage girl who was gang-raped and murdered. Leila's family became homeless trying to cover the costs of the execution of the perpetrators owed to the government, because in the Islamic Republic of Iran, it is the victim's family's responsibility to pay to restore their honor when a girl is raped by paying the government to execute the perpetrator. Ebadi was not able to achieve a victory in this case, but she brought international attention to this problematic law.[10] Ebadi also handled a few cases dealing with bans of periodicals (including the cases of Habibollah Peyman, Abbas

She has also established two non-governmental organizations in Iran with western funding, the Society for Protecting the Rights of the Child (SPRC) (1994) and the Defenders of Human Rights Center (DHRC) in 2001.

Table of Contents:
1-The accession of the Government of Islamic Republic of Iran to the Convention on the Rights of the Child Act
2- The Definition of Child
3-…

برچسب ها: کتاب The Rights Of The Child