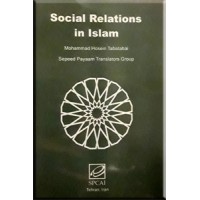 Islam is considered to be “the religion of nature”. One of the features of such religions is that they pay attention to all aspects of human existence. Humans’ social relation is basically among the characteristics that this true natural religion has taken into account.

In this book the writer studies the social aspect of Islam. He compares Islam with the western civilization and other schools of thought and shows how Islam bases its teachings on the search for truth and not the verdict of the majority. He also emphasizes the fact that Islam does not believe in geographical or racial frontiers which separate human beings into small communities or nations, rather it considers that the belief in monotheism is the basis of the Islamic society that brings all people together.