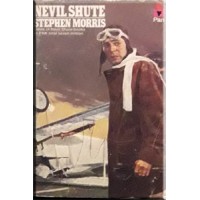 These two novellas are about young pilots in the early days of flying and young love. Stephen Morris breaks his engagement with Helen, the love of his life because he needs to get a job to support her. He joins a flying company, but it's not an easy way to make a good living. He meets Rawdon who is manufacturing planes, and joins his design team and becomes the test pilot.

He thinks Helen has married someone else, but still dreams about her. In Pilotage, Denniston plans to go to China to work in his uncle's firm so he can afford to marry Sheila. However, Sheila says she will not go the China. In his disappointment, Denniston goes out in his sail boat. He is rammed by a large sailboat owned by Rawdon. There he meets Morris, and gets a job.